0 likes
320 views
Comments Ice or Heat….Doctor, what do I do ? Comments 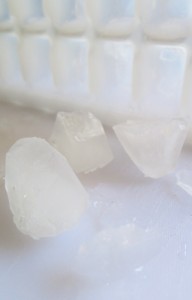 Ice or heat for pain, many people have distinct ideas of what to do with a new injury regarding use of ice or heat.  The idea YOU have, depends on when you were born (or, less tactfully, how old you are).  If you are kind of old like me, you would be likely to  use heat.  It’s just how we were raised and reflects the best information available at the time.

Here is the most current ideas regarding ice or heat for pain:

Ice, on the other hand, seems jarring by comparison.  It’s cold, hardens tissues, and is anything BUT soothing.

Despite the tendency to go with what feels better, the choice of Ice versus Heat therapy should actually depend on the timing of the injury.  The current thought (from the American College of Sports Physicians) is that the first seventy-two hours after a new/acute injury, nothing but ice should be used.  Beyond this the opinions are somewhat in debate, but most up-to-date practitioners believe that for the first one to two weeks after a new injury, “Ice is King”.

Two weeks to one month after the initial onset, it is considered appropriate to apply “Contrast Therapy”. No matter how many times I write this down, my patients seem to misunderstand this concept.  The correct way to use contrast therapy is ten minutes of Heat, followed by alternating one-minute doses of Ice, Heat, Ice, Heat, Ice, Heat, Ice, Heat, and ending with Ice. The most important part of this is to end with ice.  The problem here being that you need both a heating pad and an ice pack.

A simplified version of Contrast Therapy is ten minutes of heat followed by five minutes of ice.

I can hear it now, as I have SO many times in my practice:   “Why Ice?…. I HATE that.”   The answer is that any time you have pain, assume there is SOME swelling in the interstitial spaces (i.e. the empty space between the cells) inside the damaged tissues.  This swelling is due to a lack of drainage that is caused by damage to the veins that remove blood from the injured area.   The use of Heat, while it no doubt feels good at the time, nonetheless brings blood into the area with compromised drainage which causes MORE swelling.  So, the application of Heat is not the best plan for optimal healing which is our long term goal.

The first sensation is Cold with vaso-constriction, next is Burning as warm blood flows into the area due to vaso-dilation,  followed byAching due to vaso-constriction and then, finally, the desired effect:  Numb,which is the ultimate analgesic affect of Ice therapy.  This four phases set up a pumping action in the immediate area which has more than one therapeutic effect. Pain relief, removing waste products from the cells, and decreasing swelling.

I often hear, “Doc I tried Ice once, and it didn’t help”.   I wouldn’t expect so,  it helps on the third or fourth application in the same day.   Applications of Ice in the morning, noon, evening, and then again a couple of hours before you go to bed would be awesome and will provide more relief from most conditions than you could imagine.I recommend keeping this schedule for at least the first seventy-two hours after the onset of a new pain syndrome.

If there are acute/new injuries to several areas of the body,  you may perform the therapy in succession to each area.  For instance, you may ice a neck, and then you may immediately thereafter ice a low back or thigh.  However, you need to let the neck warm up fully (and hence wait at least two hours) before a second application of Ice to that area.

How I often tell people to do this in with my oddball idiom is “Ice, Ice Baby”, because no matter how hard we try, no one can forget that Vanilla Ice guy.  Anyway, what I want people to remember is the number two, hence “Ice, Ice…”  Twenty minutes of Ice (20) with 2 hours between applications.

The last fun factoid:  I like ice packs better than ice in a baggie.  Ice packs are not quite as cold as raw ice, and they stay cold only for about twenty minutes, which is the appropriate length of time.  Do NOT place ice or an ice pack right on the skin, it will actually cause a burning effect; yeah, I know, doesn’t seem to make sense, but trust me, I’m a doctor.  Have a towel or at least a T-shirt between the ice and your skin.

Ice or heat for pain, I think now you know what to do.