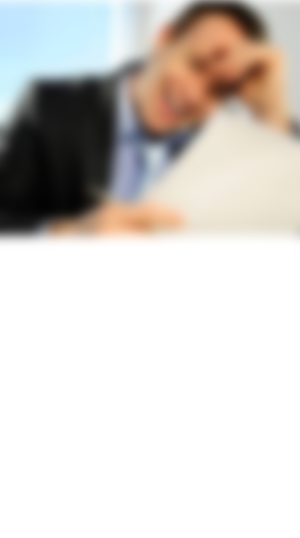 Whatever you think of the insurance industry, I have a story about an insurance adjuster that should send chills down your spine.

A new patient lets call her N/T presented in my office recently having suffered ill effects from an auto accident. Apparently she was driving her mid sized newish car through an intersection when she was broad sided by someone who wasn’t paying any attention at all.

The police arrived at the scene to find her in shock, disoriented and her car totaled. The damage to the car exceeded the 28 K that her car cost. The police at the scene asked if anyone was injured and she replied “I Don’t know” did I mention that this patient is an English as a second language person with a thick accent. She is however able to comprehend English and solidly communicate complex ideas, having lived here for fourteen years.

Two days after the accident She was approached by an insurance adjuster from the company of the person who hit her. She was told that the carrier had accepted liability for the accident in full but that there were stipulations as per how much liability they had.

1) She was told that the injury component of her claim against them could not exceed $1000.

2) She was told she should pay out of pocket for medical services rendered to her at the time they were performed.

3) She was also told she had only three weeks to provide them will all billing, not to exceed that amount or they would not reimburse her.

4) N/T asked them to send her something in writing explaining the above situation. The adjuster told her no we won’t be doing that. This call is being recorded and we want a verbal acceptance from you right now, which will be binding,  stating that you agree to the terms as stated in the earlier part of this phone call.

The patient agreed to the conditions not understanding fully what she had just agreed to.

N/T had seen her medical doctor who told her to take some muscle relaxers which course of treatment only made her tired and more confused. She tried this for a couple weeks and then appeared in my office no better than she was prior to the drugs and rest.

I had issues with her story not believing this information as she presented it to me could possibly be accurate. She was talking to a major player in the Auto Insurance game one I had previously thought to be reputable.

Point 1) The carrier is not the person who assigns a value to a personal injury case. That would be the treating physician. Often times, carriers will try to say the injury claim should be somewhat equal to the damage to the car, citing $2000 as a magic number below which no soft tissue damage could possibly occur. Clearly with a new car being totaled T/S has surpassed that imaginary threshold ten fold.

Point 2) The patient never pays the doctor out of pocket to qualify for reimbursement on a personal injury claim.

Point 3) There is no way an insurance adjuster can put a timeline on the settlement of an injury claim. The LAW has such a timeline and its called a statute of limitations. While I am not an attorney, to the best of my knowledge it is currently two years from the date of the accident. Clearly the time frame to settle a case is NOT three weeks as arbitrarily stated by an insurance adjuster in the course of a phone call.

And lastly point 4) When you ask a carrier for something in writing, their answer should be yes. The “Binding verbal contract” can be in fact true however a verbal contract predicated by a blatant misstatement of facts is unenforceable. You can only enter into a verbal contract when both parties are acting in good faith.

When the patient called the carrier stating that she had now new information in her possession that made her want to renegotiate, the adjuster stated “That’s not going to happen as we have a verbal contract under California statute XXXX so there’s nothing to discuss.”

What this means to the patient is that she will have to get an attorney who is willing to fight two battles on her behalf, the first being bad faith negotiation in the verbal contract. The second battle being assessing the REAL value of the personal injury case and protecting the patients interests.

Sadly the first half of this is not economically feasible for most attorneys to want to take on. Hence, my patient can’t get an attorney willing to take her case so she is stuck with the deal she made without a clear understanding of what she was agreeing to.

The Ironic part is, the carrier is now unwilling to honor their own deal having stiffer the patient on what she did pay out of pocket. This I soon hope to correct for her through the submission of extensive paperwork documenting that the patient actually paid out of pocket not through her own insurance.

This is merely a staling tactic and further subterfuge on the part of the carrier.

The end result in these shenanigans, my patient got a little better while under care. She may have been backsliding since she ended treatment. Or so I thought based on our last conversation.

Why did this happen ?

I believe the insurance carriers have done an amazing PR job convincing Americans that the country is FULL of frivolous lawsuits such that decent people don’t want to get an attorney in cases such as this.

Sadly the average American is helpless navigating the deception put forth by some of these carriers. As a result, many adjusters will behave as outlined in this article and if you are one of their unfortunate victims you may find yourself SOL as N/T did, injured, needing help, and just out of luck having “Verbally” signed your rights away.

As I stated earlier in the article, this is a company I thought of as one of the more reputable. Was this a rogue adjuster, or a new stated direction to take advantage of those with a less than perfect understanding of the language or their rights.

I’ll leave it to you to draw your own conclusions.

If ever you are in an auto accident, don’t say “I’m fine” at the scene, you are probably in shock to some extent.

Don’t think you are a bad person if you discuss your case with an attorney, not doing so only serves the carriers.

Never agree to being recorded, and don’t sign anything until an attorney has reviewed it.

Believe me, the carriers have an army of attorneys on the other side trying to figure out how to deny you of your rights.

As always, thanks for reading.