Carpal tunnel syndrome is a misnomer. What doctors are talking about when they refer to Carpal tunnel is a loss of the integrity of the space in the carpal tunnel that is now compromising the median nerve causing alterations in sensation and sometimes motor control of the hand and wrist. What we are REALLY talking about is carpal FLAT. By carpal flat what I am implying is that the tunnel has lost its integrity and hence the ability to protect the median nerve. 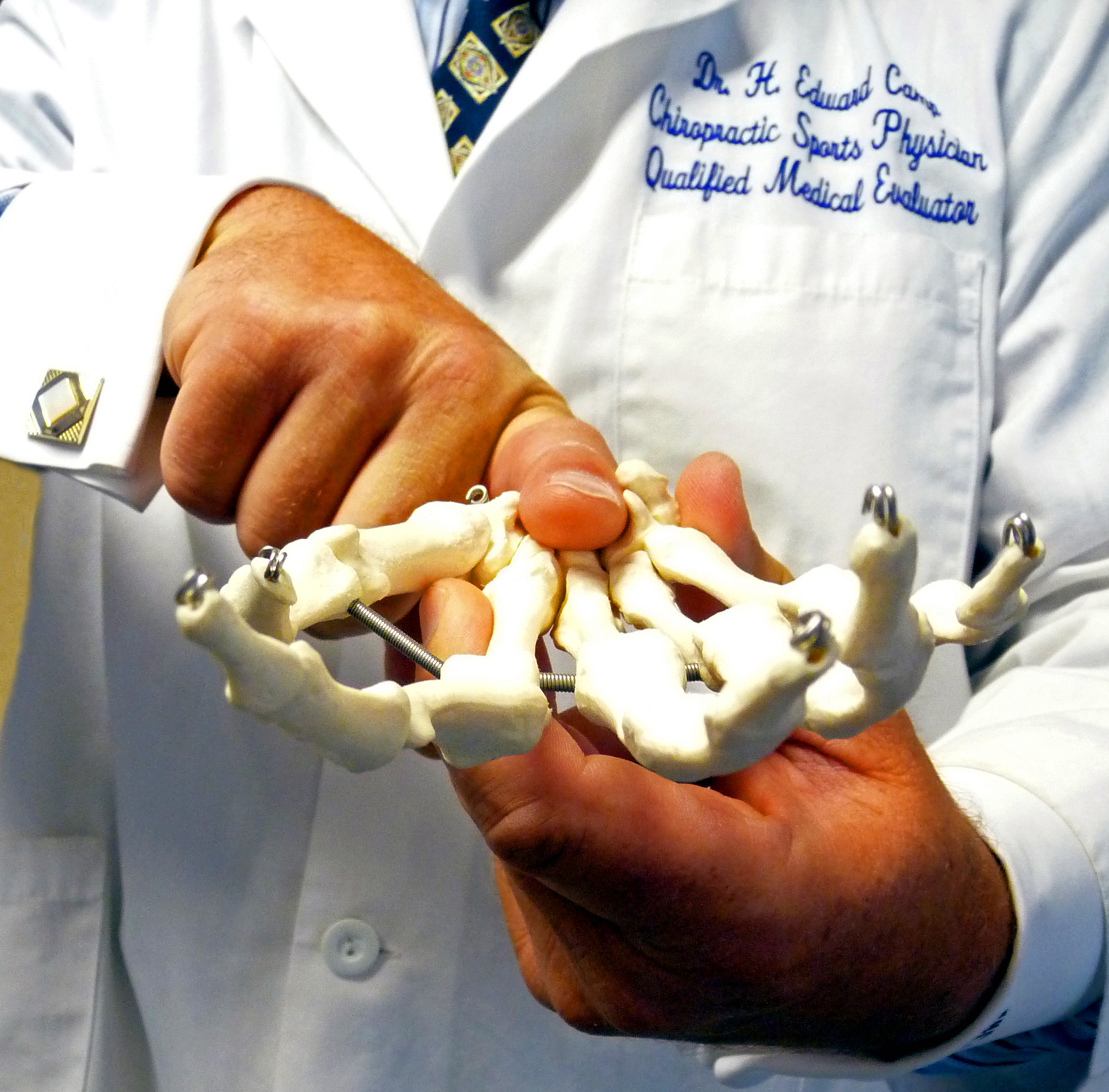 Most people with carpal tunnel signs and symptoms have what many Chiropractors refer to as double crush syndrome. Having lost a little of the height of the carpal tunnel alone is usually an insufficient insult to the system to cause the symptoms that people associate with the disease. Usually there is another area where the median nerve is under stress. This can happen in the neck, the ligament of Struthers, the elbow, and the wrist. It is most often a combination of two of the above that causes “Carpal Tunnel Syndrome.” (Double crush syndrome.)

The medical model of treatment is to cut the Flexor Retinaculum (a thick band of ligament that maintains the integrity of the carpal tunnel) in order to “Decompress the Median nerve.” This is removing the structure that holds the tunnel together in order to take pressure off the nerve. Not only does this defy common sense, but statistics back up the fact that these surgeries often fail to relieve the symptoms.

The Chiropractic approach is to find the areas involved, decompress the nerve through non invasive methods and support the tunnel through adjustment and taping to allow the ligaments to heal.

I can honestly say that one hundred percent of the patients who have followed my treatment protocol have found relief from the carpal tunnel symptoms. (Though sadly, not all of them do!)

See my blog post about carpal tunnel treatment and watch a video about one possible self-treatment.